SCOTUS Decides To Stay Out Of Trump's DACA Appeal 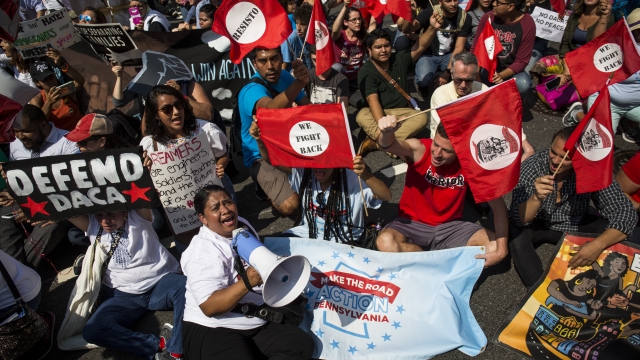 The Deferred Action for Childhood Arrivals program, also known as DACA, will remain in place — at least, for now.

On Tuesday, the U.S. Supreme Court once again didn't take action on President Donald Trump's appeal to end the program.

That means the thousands of young undocumented immigrants that DACA protects from deportation can stay in the U.S. for at least another 10 months.

As Newsy previously reported, any new cases the Supreme Court accepts won't be heard until the new term begins in October, so the DACA program can continue until at least then.

This is the second time the Trump administration has taken its appeal to end DACA to the Supreme Court. The justices will review the case again in February.