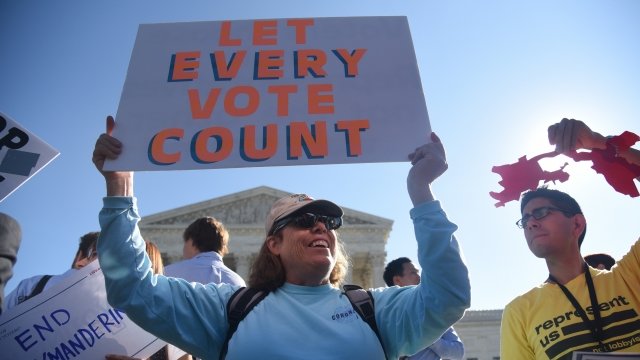 SMS
Supreme Court Decides Against Getting Involved In Gerrymandering Cases
By Cliff Judy
By Cliff Judy
June 18, 2018
The U.S. Supreme Court could have issued landmark opinions against partisan gerrymanders — one from each political party. It didn't.
SHOW TRANSCRIPT

In the Maryland case Benisek v. Lamone, plaintiffs had argued election officials shouldn't hold congressional elections under districting maps drawn in 2011 after the 2010 census. A lower court denied the injunction plaintiffs were seeking, and SCOTUS ruled the lower court was justified.

In the Wisconsin case Gill v. Whitford, SCOTUS ruled in part based on the injury to each voter caused by statewide redistricting that favored Republicans. Chief Justice John Roberts wrote: "That harm arises from the particular composition of the voter’s own district, which causes his vote—having been packed or cracked—to carry less weight than it would carry in another, hypothetical district. Remedying the individual voter’s harm, therefore, does not necessarily require restructuring all of the State’s legislative districts." 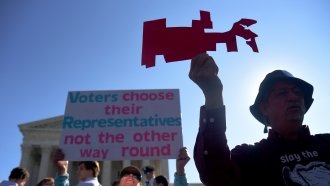 Gerrymandering Is Absolutely Unfair, But Should SCOTUS Get Involved?

In Newsy's ongoing series "Ask the Experts," Professor Jay Dow of the Kinder Institute on Constitutional Democracy says the court was loathe to rule on partisan gerrymandering for several reasons, and voters in some parts of the country have already found local solutions to gerrymandering.