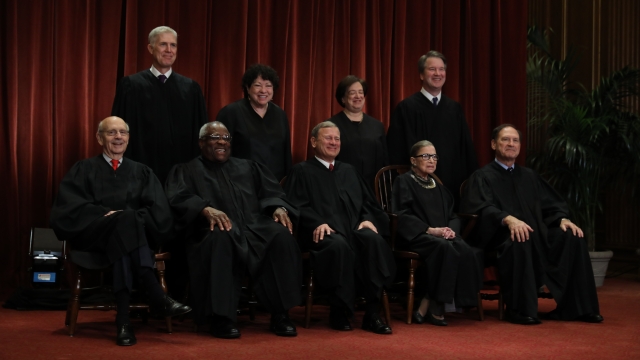 SMS
SCOTUS Blocks Louisiana's Controversial Abortion Bill
By Nnamdi Egwuonwu
By Nnamdi Egwuonwu
February 2, 2019
The Supreme Court is delaying the law from going into effect until it's had more time to review the bill.
SHOW TRANSCRIPT

The U.S. Supreme Court has temporarily blocked a controversial abortion bill in Louisiana from going into effect.

The temporary block delays the law from going into effect until February 7th so that the Supreme Court can have more time to review the filings. Justice Samuel Alito noted that it doesn't mean the Supreme Court has taken a stance on the bill.

Under the Unsafe Abortion Protection Act, Louisiana abortion providers would have to work on the medical staff of a hospital within 30 miles of their facility. The state says doing so will protect both women and the unborn child but critics say it'll significantly reduce the number of providers in the state.

A 2017 district court ruling struck the law down, saying it put unnecessary stress on abortion providers and restricted access for women. But the state appealed that decision.

Similar abortion legislation in Texas was struck down by the Supreme Court in 2016. The court at the time said the bill didn't justify the amount of additional burden the law would place on abortion-seeking women.