SCOTUS Asked To Decide On Legality Of Acting AG Appointment 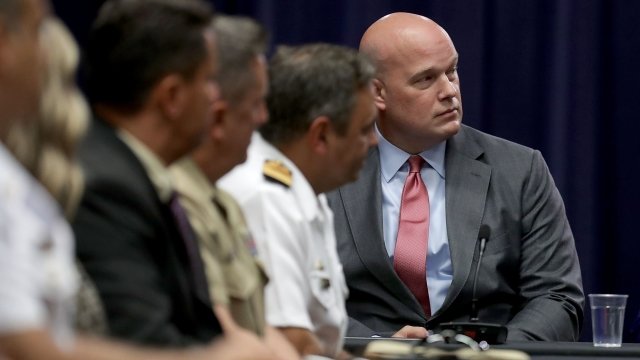 By Andrea Gonzales
November 17, 2018
A motion filed with the Supreme Court on Friday was similar to one filed in a Maryland court Monday saying Rosenstein should've succeeded Sessions.
SHOW TRANSCRIPT

The Supreme Court was asked to rule on the legality of President Trump's appointment of acting Attorney General Matthew Whitaker.

President Trump picked Whitaker to oversee the DOJ after Sessions was asked to resign. The move sparked concerns about special counsel Robert Mueller's Russia investigation, as both Trump and Whitaker have expressed disapproval of the probe. Sessions had recused himself from overseeing the investigation, so Rosenstein was in charge of it.

The Justice Department defended the president's appointment in a memo released Wednesday.