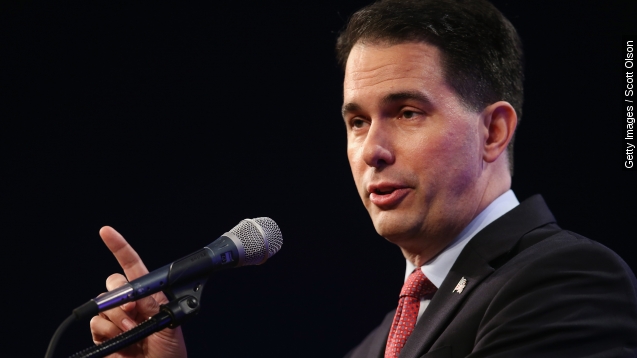 SMS
Scott Walker Pulls Out Of GOP Primary Race
By Zach Toombs
By Zach Toombs
September 21, 2015
The former front-runner's support had fallen to near zero percent in polls. He cited money issues when he announced the end of his campaign.
SHOW TRANSCRIPT

Scott Walker is dropping out of the GOP race. His support in polls sits near zero.

That's despite a strong start for the former Wisconsin governor and a potentially large donor base that might have included the Koch brothers.

Walker will address supporters in a press conference at 6 p.m. EST Tuesday.