Scott Walker Is Running For President 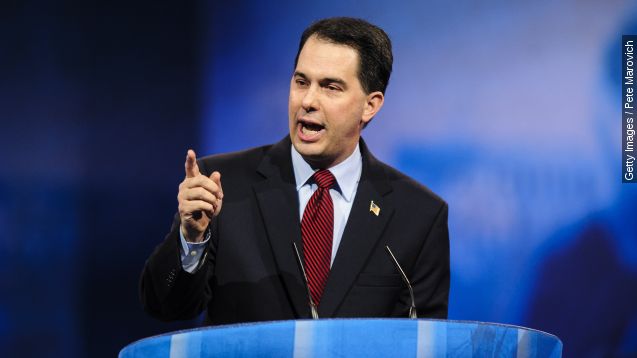 We can finally stop calling Scott Walker a probable presidential candidate. The Wisconsin governor has made it official. (Video via Scott Walker)

At 47 years old, he’s already a seasoned campaigner — having won three elections in four years in a Democratic-leaning state.

Back in 2010, he was elected with the support of the tea party. (Video via Milwaukee Journal Sentinel)

"When people ask me, 'How do you appeal to tea party folks?' I say: I was the original tea party in Wisconsin,” Scott Walker told CNN in 2010.

Though he’s hardly the only 2016 candidate courting that vote.

When it comes to the Republican establishment, Walker touts the fights he’s picked with Democrats and his victory over the state’s labor unions. (Video via Office of Wisconsin Governor Scott Walker, ABC)

"In the end we showed that we could fight and win for the hardworking taxpayer," Walker said at the 2015 Conservative Political Action Conference.

That might play well with Republicans nationally, but at home, his support base is shrinking.

Just 41 percent of Wisconsin voters approved of Walker’s performance in a poll out this spring, in part due to unpopular budget proposals that include cuts to education. (Video via Office of Wisconsin Governor Scott Walker)

But it’s national polling that will determine whether he makes it on to the Fox News debate stage in August — and by the looks of things, he will.