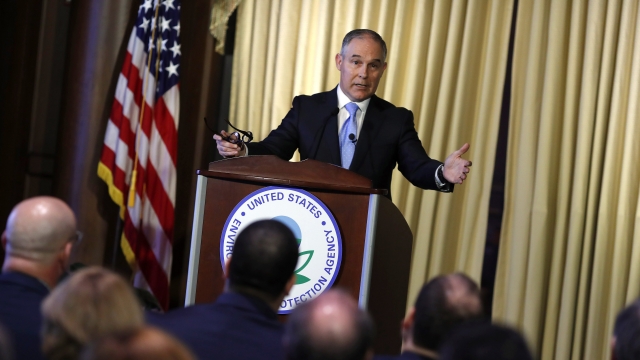 SMS
EPA Administrator Pushes For Fewer Scientists On Advisory Panels
By Jake Jones
By Jake Jones
May 8, 2017
At least five scientists have been reportedly dismissed, even though they were told twice that they'd be kept on for a second term.
SHOW TRANSCRIPT

The Environmental Protection Agency is restructuring some of its independent advisory panels, and that could mean fewer scientists working for the government.

EPA Administrator Scott Pruitt has decided not to renew three-year terms for at least some scientists who advise the agency on its research and how that impacts certain environmental regulations.

While there was no guarantee for a renewal, members of one panel were previously told twice their roles would be renewed, which was often the case.

Two specific panels have been named already: The 47-member Science Advisory Board, which evaluates certain regulations and helps direct research done for the agency, and the Board of Scientific Counselors, an 18-member panel that assesses the diligence of that research.

According to their respective websites, the SAB is authorized to:

-Review the scientific and technical information used by the EPA, including those used to establish regulations

-Advise the EPA and its leadership on matters of science

The BOSC was established to:

-Evaluate the work of the EPA's research and development wing

At least five members of the BOSC have already been dismissed after their terms ended this year, according to The New York Times; many of the members' terms already have or will expire this fiscal year. At the SAB, 12 members' terms expire by September.

This seems to be part of an overall movement to bring more industry influence to the EPA. Back in March, the House passed a bill that would allow for more corporate influence on another advisory board, and it could have the added impact of discouraging academics to seek out the role.

"These reforms will strengthen the public's trust of the science the EPA uses to support its regulations," Science, Space and Technology Committee Chair Texas Rep. Lamar Smith said on the House floor March regarding the bill. "It also allows more public participation in the EPA's science review process." 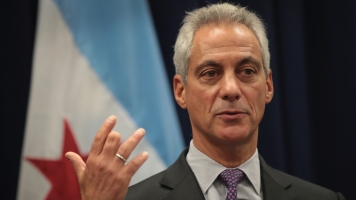 A spokesperson for Pruitt said, "The administrator believes we should have people on this board who understand the impact of regulations on the regulated community."