Scott Pruitt Is Out At The EPA, But His Policy Legacy Remains 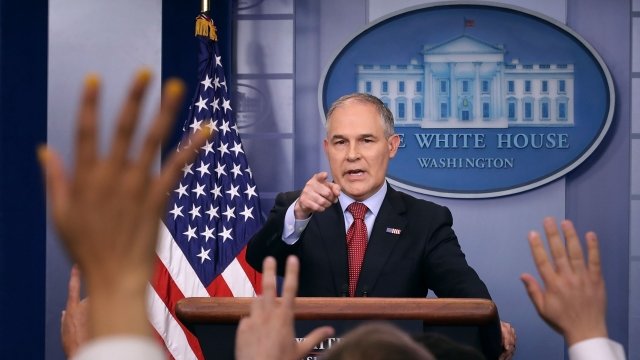 Environmental Protection Agency Administrator Scott Pruitt resigned on Thursday amid a swirl of ethics scandals. But many environmental advocates say the impact of his policies is far more troubling than the controversies that ultimately led to his ouster.

During his 18 months at the EPA, Pruitt rolled back dozens of Obama-era environmental regulations meant to restrict air and water pollution and slow the effects of climate change.

He repealed the Clean Power Plan, which placed limits on greenhouse-gas emissions from power plants, something coal companies opposed.

Pruitt rolled back car emissions standards, which would have required vehicles sold in the U.S. to average at least 50 miles per gallon by 2025. He was also instrumental in convincing President Donald Trump to leave the Paris Climate Agreement, an international commitment to lower greenhouse gas emissions with the goal of slowing the effects of climate change. 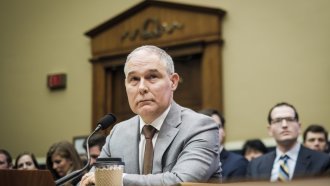 Scott Pruitt Out As Head Of The EPA

Mustafa Santiago Ali, the former head of the Environmental Justice program at the EPA, said those policy changes were so dangerous that he decided to quit after working at the agency for 24 years.

"All these things that people might not have an understanding about, really what it does is it speaks to the over 200,000 people in our country who die prematurely from air pollution. So when you’re weakening these types of things, you're putting more people's lives at risk," Ali said.

But many conservatives say Pruitt’s policies were a huge success for the American economy because they helped industries that were hurt by the environmental regulations.

In a statement, Tim Huelskamp, president and CEO of the conservative Heartland Institute said, “Scott Pruitt has been the most effective member of Trump’s administration despite the controversies he generated. He accomplished more in 18 months than EPA reformers could have expected after four years of work.”

But Ali, who served under both Republican and Democratic administrations before resigning under Pruitt, said the choice between growing the economy and protecting the environment is a false one.

For advocates like Ali, Pruitt won’t be remembered for extensive spending or travel issues but for his working rolling back key policies protecting the environment, country and the world.

“His legacy is one that was filled with danger for our country," Ali said.