Scott Pruitt Out As Head Of The EPA 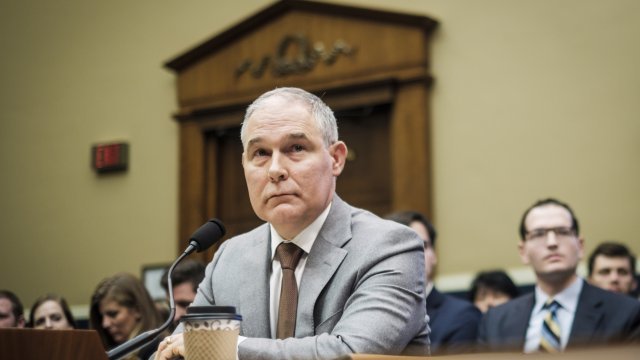 Scott Pruitt is out as head of the Environmental Protection Agency. President Donald Trump tweeted he had accepted Pruitt's resignation on Thursday.

In his resignation letter, Pruitt claimed public scrutiny and media reports about him, which he called "attacks," were "unrelenting" and "unprecedented."

Pruitt's tenure at the agency wasn't exactly a quiet one. In August, the EPA's inspector general began investigating a number of expensive taxpayer-funded trips Pruitt took. That investigation expanded earlier this year.

Pruitt again came under public scrutiny in March when it was revealed he and his daughter rented a D.C. apartment from the family of an energy lobbyist. He also faced investigations into his use of multiple email accounts. Pruitt's latest scandal involved his staff keeping multiple calendars and deleting some meetings from the public record.