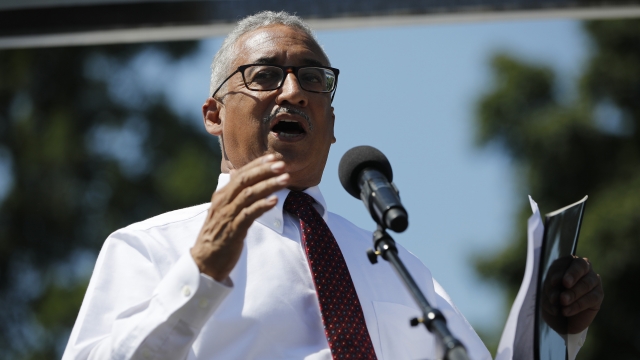 Raising the minimum wage has been a frequent political talking point in recent years. The sponsor of a House-approved bill to increase the federal minimum wage to $15 an hour says America's housing market is a perfect example of why change is needed.

That might sound surprising, but Rep. Bobby Scott is correct. Let's take a look at the numbers that back him up, starting with current hourly wages.

The federal minimum wage is $7.25. Twenty-nine states and Washington, D.C., have a minimum wage above that, and some cities and counties set their hourly minimums even higher.

As for the cost of housing, the general guideline says people should spend up to 30% of their income on their rent or mortgage. Anything more than that is considered a cost burden.

The annual Out of Reach report from the National Low Income Housing Coalition looks at the gap between wages and the cost of housing. The 2019 report found that someone earning $7.25 an hour would need to work nearly 127 hours per week to afford a two-bedroom rental home at the average national cost. That would leave only 41 hours *per week* for everything else, like sleep, errands and family.

That report breaks down the wage and housing gap in individual areas across the country. It says, "In no state, metropolitan area, or county in the U.S. can a worker earning the [local] minimum wage afford a modest two-bedroom rental home at fair market rent by working a standard 40-hour work week."

There is a qualifier in there that's worth noting: "modest." Neither Rep. Scott or the Out of Reach study says there are zero two-bedroom homes a minimum-wage worker can afford. But the places that are affordable to people with the lowest incomes are pretty low on the quality spectrum.