Scientists Warn Hawaiian Volcano Could Be Close To Eruption 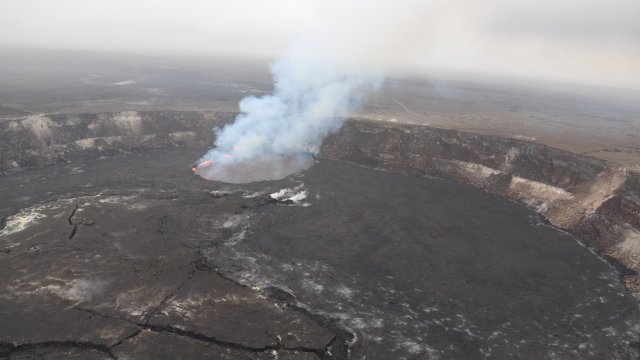 Kilauea, a volcano on Hawaii's Big Island, might be close to eruption.

Hundreds of tiny earthquakes rattled the area over the course of a few days at the end of April into May, pointing toward a possible outbreak. Officials are telling nearby residents to stay alert.

One scientist told the Hawaii County mayor's office the seismic activity was similar to another Kilauea eruption in 1955. That eruption lasted about three months and covered about 3,900 acres of land with lava.

Hawaii County Civil Defense told residents in the area to have an emergency plan ready in case they need to evacuate.

Scientists say magma is obviously flowing underground but that there's no way to say when, or even if, the volcano will actually erupt.