Scientists Want To Be Sure There's An Underground Lake On Mars 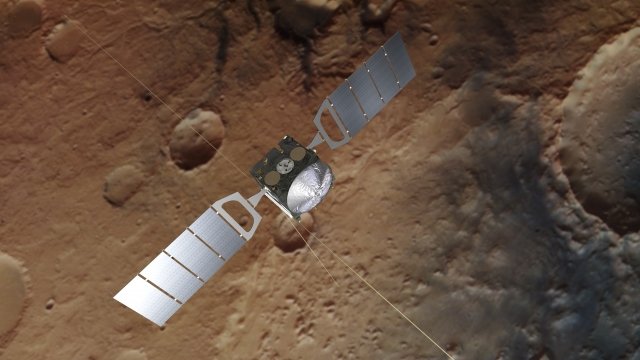 It's long been speculated liquid water could be present somewhere on Mars, and a new study supports this notion. Scientists claim to have discovered the presence of a sub-glacial lake under the south pole — the largest collection of liquid water on the red planet.

Researchers collected more than three years of radar data from the European Space Agency's Mars Express mission. They found readings near Mars' south pole were a lot like those that come from lakes under ice sheets in Earth's polar regions.

These readings suggest there could be a lake of liquid water under the ice. It would be at least 20 kilometers wide and would have to be "several tens of centimeters thick" — otherwise the radar could not have detected it. 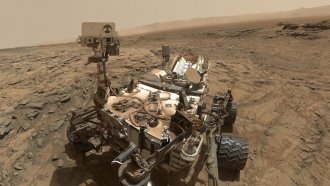 Finding that much water could be a great signpost in our search for life on Mars, but the results should be taken with a grain of salt. Radar is just one way of searching for water, and a senior scientist from the Planetary Science Institute says thousands of similar observations of Mars' polar caps have never found signs of water that way.

Still, the more measurements scientists can collect, the more confident they can be. One NASA expert said more radar scans with different tools will help rule out false positives.

For now, one of our most concrete ways to confirm water findings will be to send a robot to the surface to look for it. In 2020, the European Space Agency plans to send a rover to Mars that will search for more evidence of the presence of water or life.