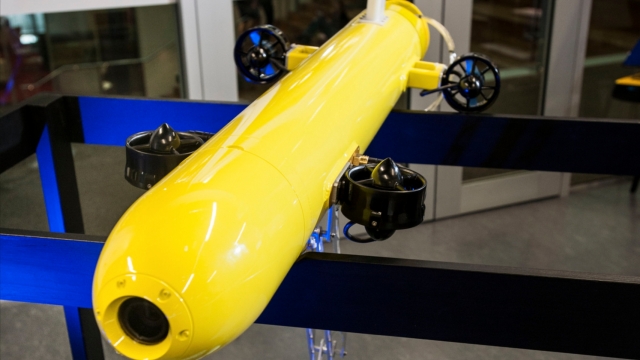 Scientists in Australia ​are using​ the robot to hunt a starfish that's devouring the Great Barrier Reef.

Scientists are fighting starfish with robots at the bottom of the sea. It doesn't get cooler than this, folks. (Video via Feras Dayoub)

The Crown-of-thorns starfish is bent on destroying as much of the Great Barrier Reef's coral as possible. By some estimates the starfish has consumed almost 50 percent of it since the 1960s. (Video via World Wildlife Fund)

This robot, called COTSbot, is a huge step forward in the fight to preserve one of the world's most well-known coral reefs. Until now, the starfish was only hunted by hand and usually only in areas frequented by tourists. (Video via Khaled bin Sultan Living Oceans Foundation)

Using an advanced computer algorithm to recognize the starfish, the robot is capable of hunting starfish for eight hours at a time and killing up to 200 in one session. (Video via Feras Dayoub)

It's also learning more about how to identify a starfish as it goes. If it isn't completely sure that a target is actually a Crown-of-thorns, it takes a picture and asks for a human to make a judgment.

In a press statement the robot's creator, Matthew Dunbabin, said, "We see the COTSbot as a first responder for ongoing eradication programs — deployed to eliminate the bulk of [Crown-of-thorns starfish] in any area." (Video via Australian Museum)

This video contains images from Nhobgood / CC BY SA 3.0 and Matt Kieffer / CC BY SA 2.0