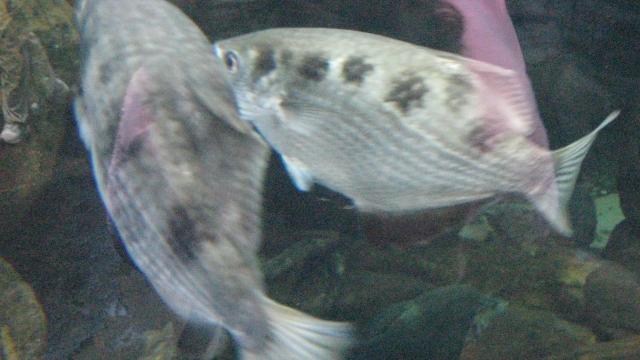 Researchers used food as a reward to train the fish to be able to distinguish between human faces.

There's a type of fish that scientists say can recognize human faces — creepy but cool.

It's called an archerfish, and it's known for spitting at its food. Sounds a little rude, but it makes them pretty unique. They shoot water at their insect prey above the surface causing them to fall into the water.

Their expert spitting skills made them ideal for a study published in the journal Scientific Reports.

Researchers used food as a reward to train the fish to spray at the face they wanted. The fish turned out to be pretty accurate, even when the target face was next to other faces.

This is significant because archerfish don't have the same evolutionary pressures to recognize human faces like, say, a domesticated dog might have.

The research also supports the idea that facial recognition isn't entirely innate. Archerfish brains don't have what's called a neocortex, which some theories suggest is vital for facial recognition. This study indicates that at least part of what it takes to distinguish between faces is learned.

This video includes images from Bill McChesney / CC BY 2.0, Newport et al. / CC BY 4.0, and clips from BBC and YouTube / Fish Species.