We're Trying To Use Gravitational Waves As Cosmic Tape Measures 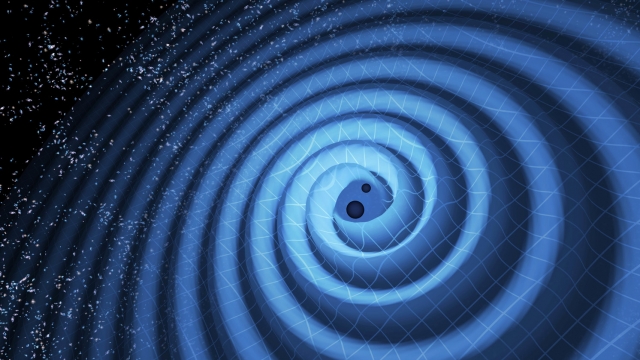 Last year, scientists listened to two black holes smack together. The gravity waves they detected confirmed that, yes, gravity and energy work the way Albert Einstein theorized they would back in 1915.

And now that they've proved these waves exist, they finally have a way to test other long-held ideas about gravity.

SEE MORE: The Space Poop Challenge Is Something You Might Actually Want To Win

Scientists are trying to build a precise map of where black holes are, so they want to start using data from LIGO (that's shorthand for the Laser Interferometer Gravitational Wave Observatory). They could use the collisions as yardsticks to see if dark energy affects the expansion of the universe.

They're also hoping to confirm the equivalence principle, which says gravity has the same effect on different masses. It's why a hammer and a feather fall at the same speed when there's no air resistance to slow them down. Now they want to see if gravity works the same way over huge distances.

Engineers at LIGO have just finished some upgrades to their gravity-measuring hardware that should help. The detector in Louisiana is more sensitive now, meaning it can "see" farther into space. And the one in Washington state is more resistant to wind and earthquakes, which used to cause a bunch of junk data in LIGO's readings.

Regular upgrades are planned until LIGO reaches full sensitivity in 2019. It will be able to see as much as five times farther than it did when it detected its first gravity waves.