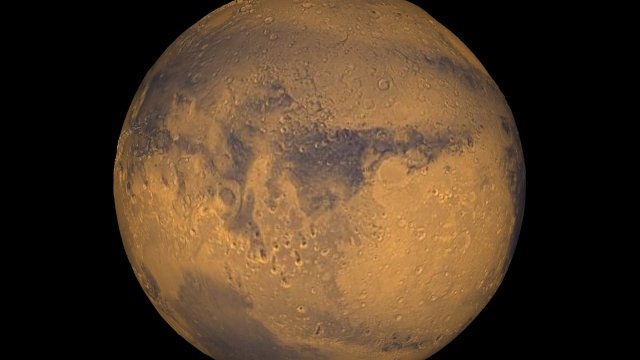 The red planet might not actually have liquid water on its surface as scientists previously reported.

Scientists have some bad news about life on Mars. That flowing water on the planet's surface might actually be drifting sand.

In 2015, NASA reported it had found evidence that liquid water still flows on Mars. The Mars Reconnaissance Orbiter detected dark streaks on the Martian surface, suggesting the presence of flowing water. The finding had huge implications for the search for extraterrestrial life.

Now, dreams of meeting our alien neighbors are slightly dashed.

If we ever want to live on Mars, it's going to need to be a lot more human-friendly.

Further examination of the dark streaks found them to be most likely caused by grains of sand and dust cascading downhill on Mars' uneven terrain.

This doesn't mean Mars is waterless. The planet still has huge deposits of frozen water at its poles and most likely below its surface. But as of now, there's no evidence of liquid water on Mars.