Tornado Outbreaks Are More Common — But We Don't Know Why 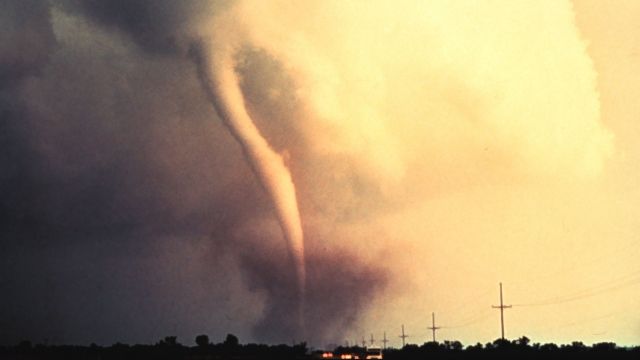 SMS
Tornado Outbreaks Are More Common — But We Don't Know Why
By Evan Thomas
By Evan Thomas
December 1, 2016
You're more likely to see a string of tornadoes today than you were 50 years ago, but scientists aren't sure what the cause is.
SHOW TRANSCRIPT

The most dangerous tornadoes are the ones that touch down one after the other. Most tornado deaths in the U.S. happen when six or more tornadoes affect a relatively small area — and new research shows these outbreaks are getting more severe.

We've seen that the frequency of these outbreaks is rising faster than expected. The chances of seeing a string of tornadoes has more than doubled in the past 50 years.

And it's not that we're just seeing more of them thanks to smartphones and social media. While it's true that tornadoes are now more likely to be spotted and reported than ever, the researchers adjusted for this phenomenon and the counts still increased.

And we're still not sure why. The increase doesn't seem to be driven by climate change. The warming planet has more energy available in the atmosphere to whip up fierce storms, but the models show this isn't associated with the frequency of the outbreaks.

Researchers think it could be long-term cycles in ocean temperatures instead. We know these natural changes can influence everything from glacier mass in the Swiss Alps, to the frequency of hurricanes in the Atlantic Ocean, to U.S. droughts.

But those swings take a long time. If they're responsible, the best way to know for sure might be to wait and see if the frequency of tornado clusters declines as the oceans cool down in the next few decades. If tornado outbreaks are linked to climate change after all, the frequency might just keep climbing.