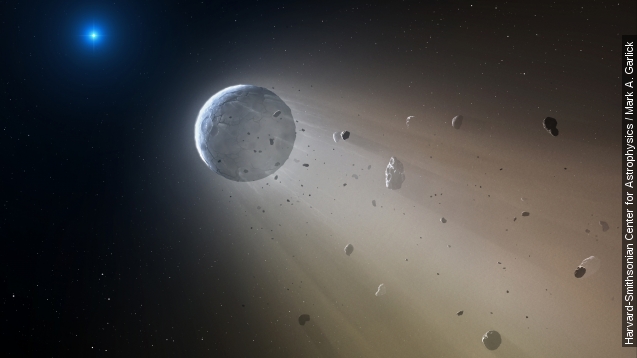 Scientists have seen a white dwarf star vaporizing a rocky planet, which is exactly what could happen to Earth if it survives the death of the sun.

This is a white dwarf star.

One day, the sun will be a white dwarf, which means this might be Earth's fate someday. (Video via NASA)

This video includes images from Harvard-Smithsonian Center for Astrophysics / Mark A. Garlick and NASA.