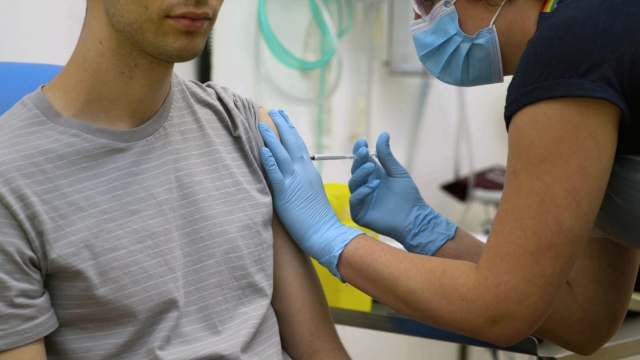 SMS
Scientists Say A Vaccine For COVID-19 Could Still Be Far Off
By Meg Hilling
By Meg Hilling
May 4, 2020
Scientists say development, testing on humans and mass production could prompt long delays.
SHOW TRANSCRIPT

Despite the fact that research groups around the world are working to find a vaccine for COVID-19, scientists say it may take longer than hoped for.

Delays with potential vaccines are being attributed in large part to the time it takes to develop, test on humans and mass produce the vaccines.

"In 20/20 hindsight, we should have worked harder on coronavirus vaccines back since SARS and back since MERS, because by then we might have had something promising," Dr. Sten Vermund, Dean of the Yale School of Public Health said.

Throughout the world, scientists are applying different strategies with the hope of expediting the development process. According to the Associated Press, growing the virus and then killing with a treatment, as well as training the immune system to recognize a piece of the virus are two types of approaches being examined.

Scientists are hopeful that the large number of teams working to find a vaccine will also help speed up the process.

"Hopefully, by the time we get to this coming winter that we will know whether or not we have a safe and effective vaccine, and then the challenge will be to scale it up enough to be able to distribute it meaningfully," Dr. Anthony Fauci, Director of the National Institute of Allergy and Infectious Diseases said.

Currently, the Trump administration is working on a project called "Operation Warp Speed," which seeks to accelerate the development of a vaccine. Fauci has previously said vaccine development would likely take 12 to 18 months.