We Now Have The First Image Of A Black Hole 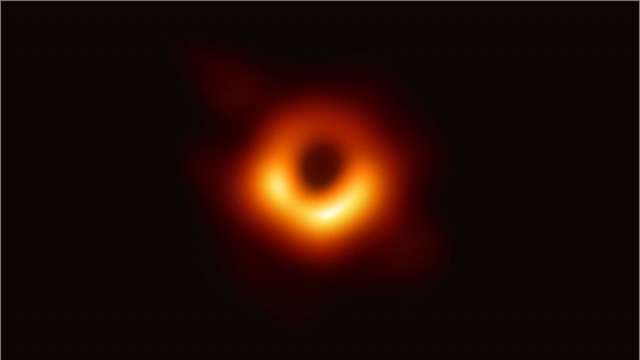 What you're seeing now is the first-ever image of a black hole.

The National Science Foundation revealed the groundbreaking photo Wednesday and discussed the process to capture it during coordinated press conferences around the world.

Black holes have huge amounts of matter in a compact area. Their gravitational pulls are so strong, they even suck in light. In order to get the image, scientists from the Event Horizon Telescope Collaboration used eight radio telescopes around the world to essentially create a telescope that's the size of the Earth.

"The Event Horizon Telescope works by combining the light that we capture at different telescopes around the globe, and after we synchronize that light, and play it back in a central facility, we get a data set as though we had a telescope as large as the distance between the telescopes themselves. We really are turning the Earth into one large telescope," the project's director Sheperd Doeleman said.

There's still a lot we don't know about black holes, but scientists say this observation gives them the chance to study them in a way they haven't been able to before.