This Changes How We Thought The Moon Was Made 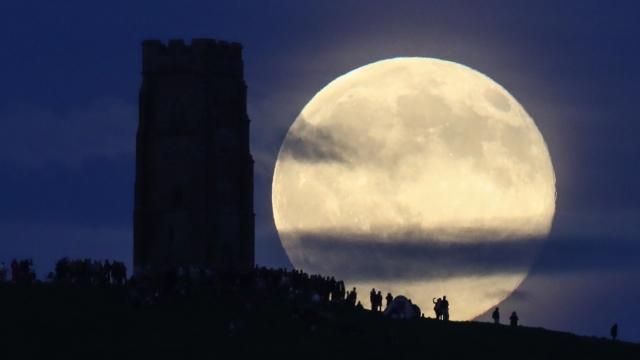 Was it one huge collision or a bunch of small ones, as new research theorizes?

A new paper is tweaking the theory of how the moon was made –– not with a bang, but several of them.

Scientists have long thought one massive collision created the moon 4.5 billion years ago. A planet called Theia that was at least the size of Mars supposedly hit a very young Earth.

This knocked loose parts of Earth, and gravity helped the debris merge with Theia. This is what became the moon – at least in theory.

And in a lot of ways, the "Theia" theory isn't too far-fetched.

The agency plans to launch three telescopes to look at objects like neutron stars, pulsars and supermassive black holes.

At about a quarter the diameter of Earth, our moon is pretty big — meaning no other planet in our solar system has a moon as relatively close in size.

And when you look at what our moon is made of, the ingredients and their ratios are similar to Earth's.

Math models show the chances of a single collision hitting at just the right spot, speed and angle are very slim. It's more likely small collisions happened over time and the debris came together.

The models for a single collision also suggest Theia's chemical makeup would have to be very similar to Earth's before the two hit. A bunch of small collisions that averaged their chemical makeups seems more likely.

Still, there's not enough data to confirm the multi-collision theory, and it seems that more studies will follow.

The answer to what created the moon might actually come from Venus. If a sample of the nearby planet shows its composition is similar to Earth's, there's a better chance a single, large object like Theia existed.