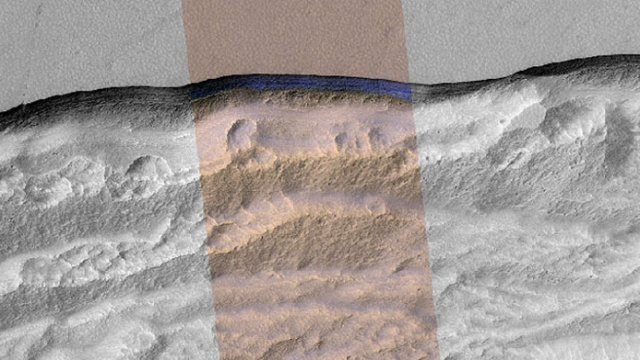 SMS
Scientists Find Deep Deposits Of Ice Below Martian Surface
By Ethan Weston
By Ethan Weston
January 11, 2018
Some deposits could be over 300 feet thick.
SHOW TRANSCRIPT

Using the Mars Reconnaissance Orbiter, scientists located eight steep slopes with large ice deposits below them. Some of those deposits are more than 300 feet thick.

We've known for a while that Mars is home to a lot of ice. But until now, we hadn't been able to tell much about the ice that is there or how deep it is.