Researchers Develop A Way To Test For Early Alzheimer's Disease 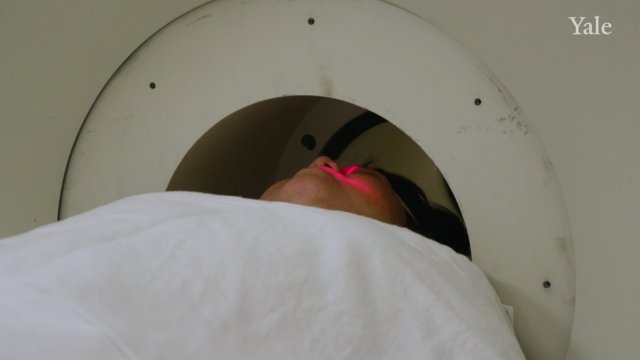 SMS
Researchers Develop A Way To Test For Early Alzheimer's Disease
By Lindsey Theis
By Lindsey Theis
July 16, 2018
Before now, brain deterioration could only be detected once a patient had died.
SHOW TRANSCRIPT

One of the difficulties of studying the brains of early Alzheimer's patients is the only way doctors could detect deterioration of the organ was in autopsy. But Yale researchers have developed a test to detect memory loss among patients in the early stages of Alzheimer's disease.

"The importance of synaptic loss in living people, of all the pathologies of Alzheimer's disease, it's the one that is most correlated with function," said Christopher van Dyck, professor of psychiatry, neurology and neuroscience at Yale University.

In 2016, those researchers developed a radioactive tracer that can be seen in a PET scan. It binds to a key protein found in most synapses across the brain. They speculated that it could be used to follow the progression in the brain of things like depression and Alzheimer's disease by measuring changes in synapses in real time. 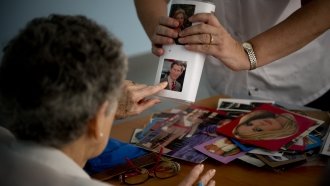 A New Device May Slow The Debilitating Effects Of Alzheimer's

In this new round of research, scientists wanted to put that theory to the test by measuring the synaptic density in older adults with varying levels of cognitive ability. They found patients with early-onset Alzheimer's had 41 percent less protein in the hippocampus than patients with normal cognition.

Researchers think the ability to measure synapses in a living patient could allow clinicians to spot the start of neurological problems and intervene. They're even already working on another study that measures if drug treatments can restore depleted synapses.

"Now we don’t have to wait for death. Now we can image these things in the live human being, being able to asses what is going on in each and everybody's brain," said Richard E. Carson, professor of radiology, biomedical imaging and biomedical engineering at Yale.