Scientists Want To Fight Some Chemical Weapons With Space Crystals 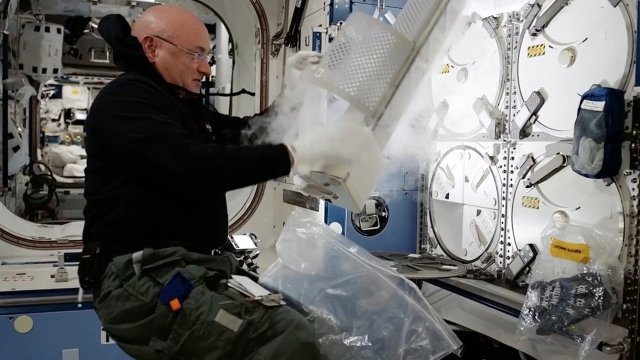 SMS
Scientists Want To Fight Some Chemical Weapons With Space Crystals
By Grant Suneson
By Grant Suneson
July 18, 2017
Scientists believe the low gravity of space may be the key to developing crystals that can be an antidote to some poisons.
SHOW TRANSCRIPT

The National Institutes of Health is looking to fight deadly toxins with a new approach — space crystals. It's not as bizarre as it sounds.

There's a good chance you've never heard of organophosphates. They're a type of chemical that blocks a muscle-relaxing enzyme. That causes a person's muscles to stiffen, potentially leading to paralysis and even death.

Organophosphates are often used in chemical weapons, like the sarin gas the Syrian government reportedly used on its own people back in April, killing more than 80 and injuring dozens more. 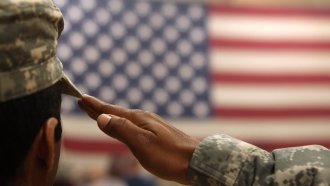 Scientists want to grow crystals that could potentially reverse the chemical's effects on muscles. But that's been tough to do because Earth's gravity is too strong for the crystals to develop.

That's where the International Space Station comes in. Researchers at the Oak Ridge National Lab sent samples of the enzyme into space to see if the microgravity conditions will let the crystals flourish.

The antidote's effects could save hundreds of thousands of lives. A 2008 study estimated 200,000 people die from organophosphate poisoning every year, mostly through self-poisoning in the developing world.

This research could give rural hospitals a more effective treatment strategy.

Organophosphates are also found in some pesticides. Anti-pesticide activists say they could reduce neurological abilities in children in the U.S., and there have been several cases of people in developing countries dying due to accidental acute exposure.