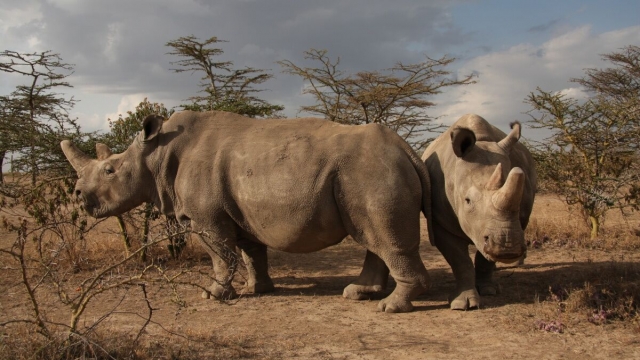 Two northern white rhino embryos could be a game-changer for scientists racing to save the species from extinction.

Since a male northern white rhino called Sudan died in 2018, there have been only two of these rhinos left on the planet, and both are female.

But according to an announcement made Wednesday, an international group of scientists has successfully collected mature eggs from the two female rhinos and fertilized them using sperm from two deceased males.

Since neither of the females can carry a pregnancy, the embryos will have to be transferred to a surrogate mother.

In a statement, the scientists said, "Five years ago it seemed like the production of a northern white rhino embryo was [an] almost unachievable goal — and today we have them."

But even if the embryos are successful and another northern white rhino is born, the species still faces an uphill battle. One of the largest threats: poaching.

According to animal conservationists, poachers target rhinos because there's a market for their horns in Asia. There are five rhino species on the planet, and all of them are considered threatened, according to the conservation group Save the Rhino.