Scientists Are Trying To Solve The 'Forever Chemicals' Problem 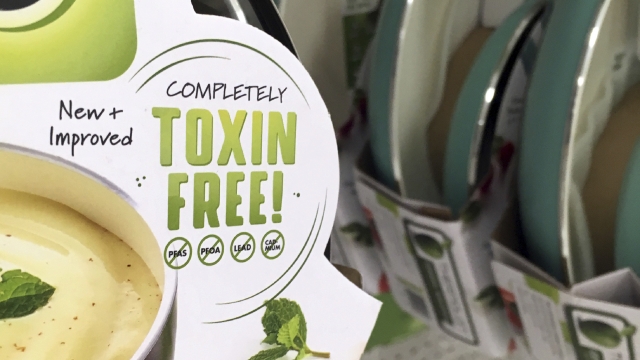 SMS
Scientists Are Trying To Solve The 'Forever Chemicals' Problem
By Newsy Staff
By Newsy Staff
September 8, 2022
PFAS are chemicals that don't wear down even after being disposed. Now scientists are trying to address them before they cause human side effects.

Perfluoroalkyl and polyfluoroalkyl substances, or PFAS, are chemicals that have made a lot of products better: They have been used in firefighting foam, food wrappers, makeup and, maybe most famously, in the original formulation for Teflon used in non-stick pans.

But PFAS might be a little too good at their jobs. They don't wear down while they're used, and even when they get thrown out, they don't go away. It's led to them being dubbed "forever chemicals."

PFAS have been detected in people's blood, and studies have suggested 98% of people have PFAS somewhere in their body. They've been found in air, soil and drinking water. 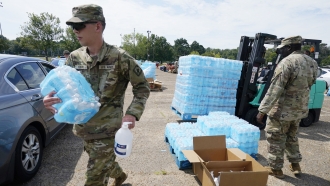 They're also associated with some significant negative side effects if you're exposed to them at high enough levels. Those can include decreased fertility, developmental delays in children, high cholesterol, higher blood pressure in pregnant people, worse response to vaccines, and higher risks of prostate, kidney and testicular cancers.

David Andrews, a senior scientist at the advocacy nonprofit the Environmental Working Group, says you don't need to be exposed to that much of it to be at risk.

"The number of studies and the research going on continues to expose more and more different health effects, and I think what also stands out is that these health effects and these linkages to health really occur at incredibly low concentrations," Andrews said.

It's not clear exactly how bad they are for you, and not everyone exposed to PFAS will necessarily develop these side effects. But there's a lot of movement to address the issue as research reveals more about them.

Now, advocates are aiming to find ways to break down these compounds and make sure they're not used as much in the first place.

It's not clear when historically-large PFAS producers like DuPont, Chemours and 3M knew about the negative health effects of these chemicals. But all three note that they've reduced the levels of PFAS used in their products and committed to PFAS destruction. 3M, for example, says they have invested more than $200 million toward testing and clean-up.

At the government level, the EPA has gone even further.

In the last year-plus, the EPA proposed a rule to require PFAS producers to turn over more data about how the chemicals are used and announced more plans to address PFAS water contamination, including $1 billion that states can apply for in grants to help remove PFAS from their drinking water.

This year, they have taken further steps, designating two of the most widely-used PFAS compounds, often known as PFOAs and PFOS, as hazardous substances under the Superfund rules.

"The EPA does have some power currently to address people as pollutants or contaminants, but the set of tools that they have is a lot smaller if something is not a hazardous substance," Benesh said. "So now that the EPA is considering calling PFOA perhaps hazardous substances, once that's final, the EPA can use appropriated funds, and then just generally it'll change the way that they prioritize sites that are contaminated with these substances." 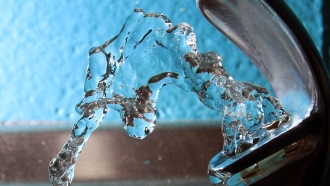 In August, researchers at UCLA, Northwestern University and China's Tianjin University released a study in the journal Science that showed PFAS can be destroyed relatively easily and inexpensively.

Will Dichtel, the Northwestern professor who oversaw the study, told Newsy how.

"We found that a certain type of group that is found in two of the largest classes of us out there, known as that carboxylic acid, is now known in organic chemistry to be able to be removed under certain conditions," Dichtel said. "So the eureka moment here was when we figured out that this reaction that was discovered a few years ago could be applied too fast and that that they would then fall apart into safe products."

It remains to be seen if it will work outside a lab, but it opens the door to a potentially revolutionary new path to making sure fewer "forever chemicals" actually last "forever."