REST: The Serious Work Your Brain Does When You're 'Doing Nothing' 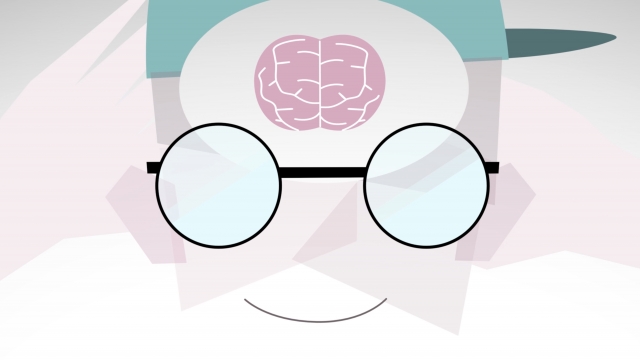 SMS
REST: The Serious Work Your Brain Does When You're 'Doing Nothing'
By Chance Seales
By Chance Seales
January 23, 2019
PET scans show that even when we aren't focused on any tasks, our brains are still hard at work.

In 1991, a graduate student at Washington University accidentally discovered something incredible about our brains. He shared his story with The New York Times.

Randy Buckner was studying PET scans — a new technology at the time — to learn about language and memory.

Looking for a baseline on inactivity, Buckner told subjects to sit in the machine and do nothing. But instead of showing tranquility, the scans lit up with spikes of activity in some regions. A resting state was more active than, well, an active state.

Buckner told the Times:  "What happened is that we began putting people in scanners that can measure their brain activity, and Mother Nature shouted back at us."

A few years later, neuroscientist Nancy Andreasen made the brain's resting mode her focus. She coined the term R.E.S.T.: rapid episodic silent thought. It's the brain's so-called "default mode." She found your noggin is awfully busy, all the time.

For instance, ever get a good idea while you're in bed trying to sleep? Or maybe you work out a problem while driving to work or shampooing your hair? That's your brain on R.E.S.T.

Here's how this "default mode" works: Andreasen saw when the mind is free to wander, we hopscotch mentally, meandering into the "most human and complex parts" of ourselves.

Our thoughts travel forward and backward in time. We reflect on the last days or weeks and live out hypothetical situations.  We connect events that before seemed totally unrelated, getting new insights.

This ability to "time travel" is a uniquely human trait. Even some of our closest primate relatives are tethered to the eternal now.

Those are the parts of the brain that are "most pronounced in Homo sapiens compared with other primates." These sections are often "the last to become fully operational as the human brain develops."

One study looked closely at one brain area especially active during R.E.S.T. — the ventral MPFC. Researchers found this part works to emotionally process sensory information, taking everything we experienced and making sense of it. So that light bulb moment might actually start in this region. All this, while we're doing nothing.

Clearly, it's a lot of work being us — or, more specifically, our brains. So take a break or a walk.

Don't overthink it. You might get some of your best thinking done.