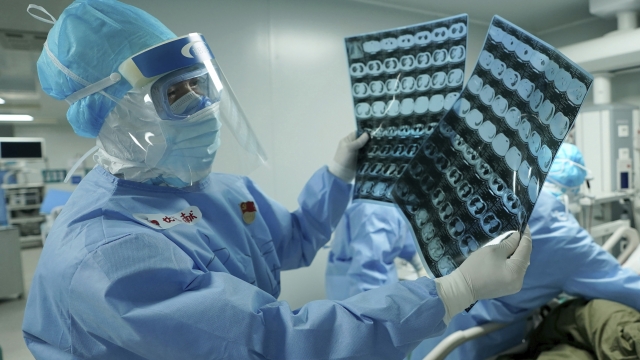 SMS
Lead Wuhan Scientist Calls COVID-19 Origin Theories 'Pure Fabrication'
By Antoinette Miller
By Antoinette Miller
May 24, 2020
A director at the Wuhan Institute of Virology pushed back on the Trump administration's claims that the lab was to blame for the spread of the virus.
SHOW TRANSCRIPT

A lead scientist at a Wuhan, China laboratory is refuting claims that the coronavirus pandemic originated in a lab and not from bats.

Wang Yanyi, a director at the Wuhan Institute of Virology, spoke to Chinese state media and called claims of the coronavirus originating at the institute "pure fabrication." Wang said it was common knowledge among the international academic community that the virus originated in animals.

President Donald Trump and his administration have claimed the virus was a result of a "mistake" at the Wuahn Institute and have vowed to punish China over its handling of the pandemic.

Since the beginning of the coronavirus outbreak, scientists have said the strain that has sickened more than 5.3 million people worldwide and killed more than 341,000, was first detected in bats in Wuhan, China. U.S. expert Dr. Anthony Fauci says evidence shows the virus “evolved in nature and then jumped species” from bats to humans.

Wang said the institute received the first sample of the coronavirus strain on December 30 of last year. She said no one at the laboratory even knew the virus existed, adding there would have been no way to "leak" the virus, since they hadn't come in contact with it before.