Why You Should Be Diluting Your Whiskey 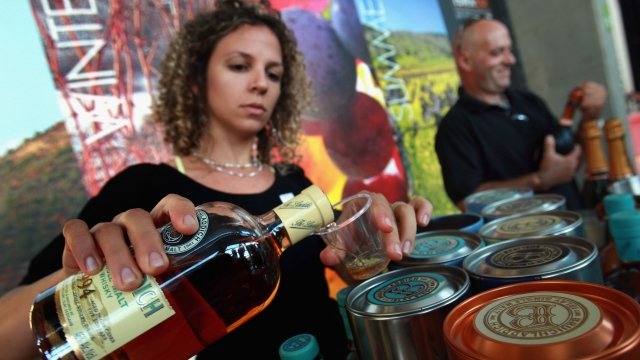 Watering down alcohol usually doesn't make it taste better — unless it's whiskey. Scientists only recently found out why that's true.

Watering down alcoholic beverages might make them taste worse — unless it's whiskey.

Some whiskey drinkers say adding a splash of water makes it taste better. Now, scientists put the claim to the test and found those aficionados were right.

The team tested how different concentrations of water, alcohol and ethanol interact with the molecule that gives whiskey its distinct taste.

The scientists found when whiskey is diluted, flavor molecules rise to the surface.

Those molecules bunch together, enhancing the taste and aroma. When the researchers added more alcohol to the mix, they saw the process reverse, with the taste-makers spreading out again.

Unfortunately, the study's authors didn't find the perfect water-to-whiskey ratio, but they did say to go easy on the H20 — too much could make the whiskey tasteless.