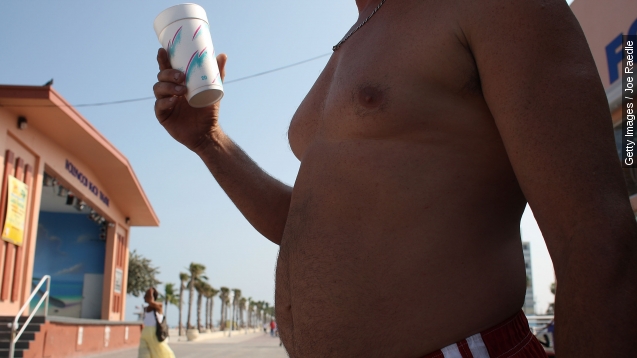 A new study from Northwestern University says the dad bod is real and fathers tend to gain more weight than men without kids.

Once again, it's time to talk about the dad bod.

"Undefined abs and maybe even a little bit of flab are actually in. GQ's even coined it the dawn of the dad bod," ABC reports.

It's described as "a nice balance between a beer gut and working out" and really went viral thanks to a Clemson University student's article about why women supposedly love them so much.

Now, a new study out of Northwestern University says the dad bod is real. Published in the American Journal of Men’s Health, the study followed more than 10,000 men for 20 years, starting when they were 12 years old.

It found fatherhood caused a weight gain of about 3.5 to 4.5 pounds, or a jump in body mass index of about 2.6 for men.

At first, the findings surprised researchers who previously found dads try to clean up their act when they have kids.

But as lead author Dr. Craig Garfield explains, "You have new responsibilities when you have your kids and may not have time to take care of yourself the way you once did in terms of exercise."

But don't worry, single, skinny men. There's still hope if you want to jump on the dad bod train.

The researchers suggest because many dads don't have personal physicians, pediatricians can be good sources for advice about fatherhood health.