Science Attempts To Explain The Scream 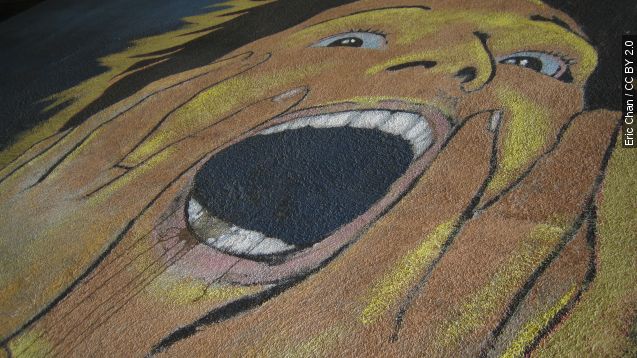 SMS
Science Attempts To Explain The Scream
By Jake Godin
By Jake Godin
July 17, 2015
What's the purpose of a scream? Some researchers tried to find out.
SHOW TRANSCRIPT

Any movie buff is going to recognize this sound.

It's a scream, of course. More specifically, the most likely overused Wilhelm scream. But it doesn't sound that scary, does it? Turns out science may be able to create a scarier scream. (Video via YouTube / Pokevalley)

We start with a group of neuroscientists at the Max Planck Institute for Empirical Aesthetics in New York and Geneva, and their kids.

"Many of the postdocs in my lab are in the middle of having kids and, of course, screams are very much on their mind," one researcher told NPR. "So it made perfect sense for them to be obsessed with this topic."

With screaming on their mind, they decided to figure out what makes a scream, well, a scream.

What they discovered was that screams stir up a part of the brain called the amygdala — a small region of the brain in charge of generating a person's fear response.

Why this happens isn't fully understood, though one researcher told NPR it might have something to do with babies and their need to survive by activating fear in their guardian.

Speaking to The Washington Post, the same researcher explained some real-world applications: "You could optimize alarm signals. But you can also make scarier movies, scarier soundtracks, scarier YouTube videos. You can scare the bejeezus out of everybody."