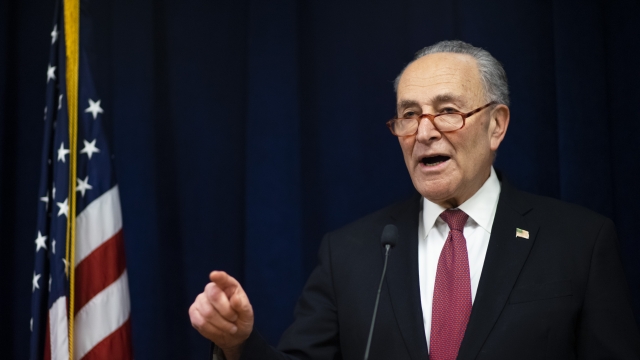 Senate Minority Leader Chuck Schumer is calling for investigations into "retaliation" by President Trump against witnesses in his impeachment hearings.

He sent a letter to all 74 inspectors general in the federal government. In his letter to the Defense Department's inspector general, Schumer asks for "immediate action" to investigate "any and all instances of retaliation against anyone who has made, or in the future makes protected disclosures of presidential misconduct to Congress or Inspectors General."

Schumer cites the president's recent firing of whistleblowers as cause for concern, arguing these dismissals are illegal and that whistleblowers should not suffer adverse consequences for "telling the truth."

Last Friday, President Trump fired U.S. Ambassador to the European Union Gordon Sondland. That was the same day the president released Lt. Col. Alexander Vindman from his position on the National Security Council.

President Trump has defended his actions, tweeting that Vindman "had problems with judgement, adhering to the chain of command and leaking information."

Schumer is asking the Defense Department to produce written certification that it will not allow retaliation against anyone who makes protected disclosures about presidential misconduct.