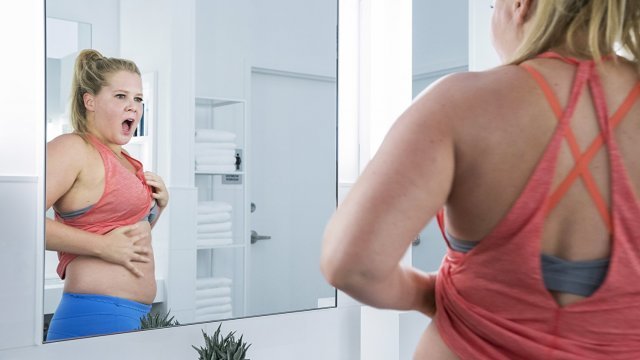 Back like it never left is "A Quiet Place," bringing in an estimated $22 million in its third week out and taking back the No. 1 spot at the box office. "A Quiet Place" continues to be the most impressive horror flick of 2018 both critically and financially.

As it stands, "A Quiet Place" is the second highest-grossing domestic film of 2018, squeaking past "Ready Player One" and hanging very, very far behind "Black Panther."

That said, John Krasinski and Paramount Pictures should enjoy their time in second place, because dread it, run from it, destiny still arrives. In this particular case, "destiny" is a mega Marvel blockbuster film that hits theaters next weekend.

Falling to second place this weekend is "Rampage," bringing in an estimated $21 million in its second week out. While its domestic numbers are subpar, this monster movie continues to terrorize the overseas box office, pushing its worldwide total to $283 million.

The only new film in the top three this week is Amy Schumer's "I Feel Pretty," bringing in an estimated $16 million in its box-office debut.

"I Feel Pretty" couldn't match "Trainwreck's" debut in 2015, and it's a few million dollars behind the opening weekend for "Snatched" as well.

Now, in most cases that would be a problem. But unlike "Trainwreck" or "Snatched," Schumer's "I Feel Pretty" has had almost exclusively bad press since the trailer premiered — which makes $16 million seem pretty damn good.

"I want other women, other people to feel good about themselves, and I think walking out of this movie, you really do," Amy Schumer said in an interview about her new film.

Along with backlash over the concept, some critics just don't like the execution of the film — landing "I Feel Pretty" with a 34 percent Rotten Tomatoes score. That said, this film isn't dead in the water.

Next week, when Thanos takes over your local theater and the backlash surrounding "I Feel Pretty" has presumably died down, this film could serve as popular counter-programming — but we're going to have to wait and see.

Speaking of Thanos, next week: superhero spandex, so many heroes and so much spandex.