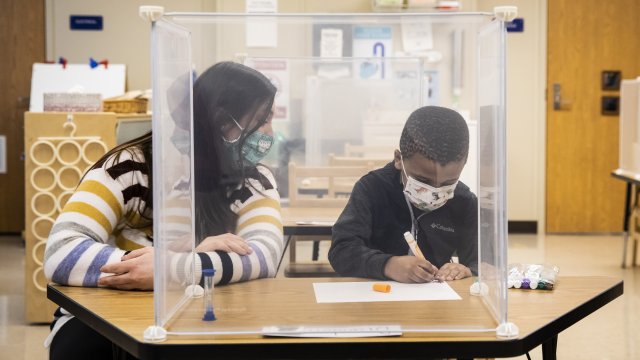 SMS
Schools Facing Pressure To Reopen Despite Pandemic
By Newsy Staff
By Newsy Staff
February 3, 2021
Many parents want students to return to in-class instruction but teachers are wary without vaccinations.
SHOW TRANSCRIPT

As the days flip on the calendar, schools across the country are feeling the heat.

There's growing pressure to get kids and teachers back in the classroom.

In Chicago, the city and some parents want schools to reopen. They were scheduled to return this past Monday.

But the teachers union said it's not safe enough and teachers are now threatening to strike.

The two sides are still negotiating a deal. But, Chicago Mayor Lori Lightfoot said it's safe to go back and said and that she is worried about the students.

We're seeing a similar battle that's happening in California where the governor has asked schools to reopen.

But not everyone is learning from home. Some students in Cincinnati returned thjis week after a lawsuit from the teachers union over safety was thrown out by a judge.