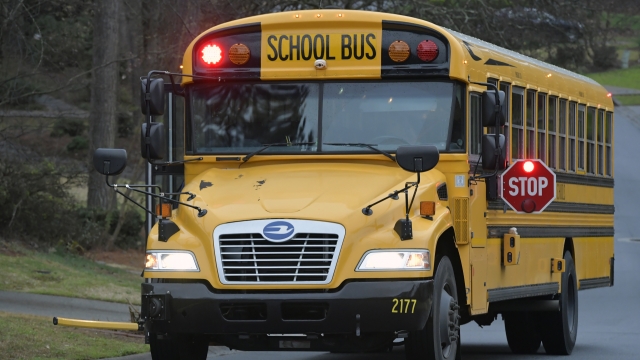 SMS
Schools Across The Country Closing Over Coronavirus
By Caitlin Baldwin
By Caitlin Baldwin
March 13, 2020
In some states, the closures are proactive. Others, like Kentucky, have already declared states of emergency.
SHOW TRANSCRIPT

States across the country have began closing schools in an effort to stop the spread of the coronavirus.

Some of those states include Maryland, Michigan, New Mexico and Ohio which have ordered public schools to close statewide, and Kentucky is urging schools to consider doing so.

Ohio Gov. Mike DeWine announced schools would be closed for at least three weeks. He says his state is estimated to have at least 100,000 people infected with coronavirus "walking around." DeWine said, "We are in a crisis, so we have to treat it like one."

Maryland Gov. Larry Hogan said schools will be closed from Monday to March 27, and during that time schools and buses will be disinfected. Hogan said Baltimore City will provide three free meals a day for students who need food while the schools are closed.

In Michigan, Gov. Gretchen Whitmer called for all K-12 schools to close until April 5. She said, "I know this will be a tough time, but we're doing this to keep the most people we can safe."

New Mexico Gov. Michelle Lujan Grisham closed K-12 public schools for three weeks. She said the move is proactive and that the state "is not going to wait as long as other states to make these hard decisions."

Kentucky Gov. Andy Beshear has declared a state of emergency and recommended all of the state's 172 public school districts suspend in-person classes for at least two weeks beginning Monday.