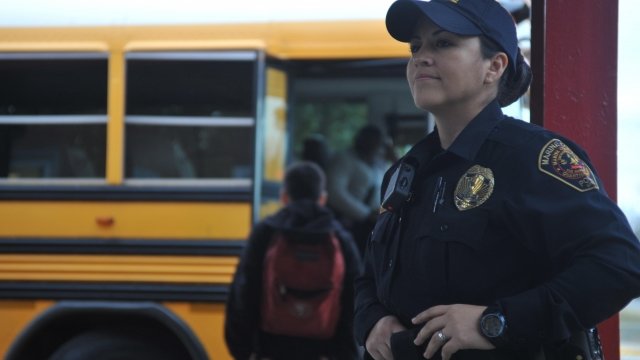 In the debate to arm some teachers with lethal weapons — namely, guns — some groups and lawmakers are looking toward other options to protect schools.

"Here's the situation: We, as an organization, believe that funding should be put toward having at least one school resource officer in every school in this country, and we believe that we should start with that," said Mo Canady, executive director of the National Association of School Resource Officers. "So, you know, let's get that done first."

The National Association of School Resource Officers opposes the proposals to arm teachers and instead recommends that firearms on school campuses be carried only by "specially trained school resource officers," or SROs.

"Some of the things that we look at are officers who have a background in working with youth. You know, officers who are willing to understand that working in a building full of youth, students, is much different than working out on the street," Canady said. "The ones that really are passionate about this, there's such a strong relationship there with their students, that they'd be willing to take a bullet for their students or their staff to protect them."

SROs have taken heavy criticism after the February shooting at Marjory Stoneman Douglas High School in Florida — specifically from President Donald Trump. The officer assigned to the school reportedly "never went in" during the incident. That officer has since resigned from his position.

Canady says Florida has its own training course for SROs, so he doesn't know how the officer was trained to respond to an active shooter threat. He added that NASRO's basic course trains officers to go direct-to-threat — finding the shooter and ending the attack. 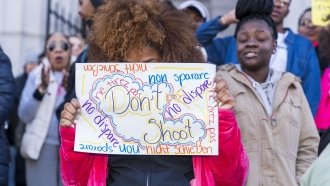 US Students Are Walking Out Of School To Protest Gun Violence

Beyond funding SRO programs, other school safety proposals involve arming schools not with guns, but with less-lethal weapons like rubber projectiles, chemical agents and stun guns.

Kentucky state Sen. Danny Carroll proposed one such bill after a school shooting earlier this year at his former high school. If the bill goes through, the Kentucky State Police would provide the weapons and training, and school employees who take part would first be approved by school principals and then get recertified annually.

Worried parents and other lawmakers have for years also proposed arming schools with less-lethal weapons, but Carroll — who is also a former police officer — told a local outlet that less-lethal weapons won't solve the problem of school shootings. Instead, he said he proposed his bill to make sure there were more options on the table for lawmakers to discuss.

"In terms of less-lethal weapons, those have their place. They definitely do," Canady said. "If you're faced with an armed encounter as a law enforcement officer, and the person on the other end is armed with a rifle, you don't want to be trying to use a Taser on them or using Mace on them. That calls for lethal force from the officers themselves."