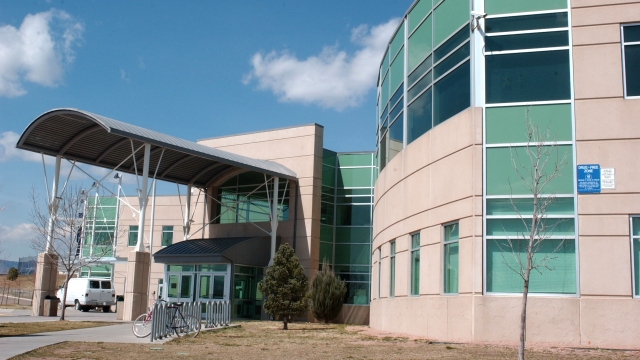 SMS
School District Considers Demolishing Columbine High School
By Caitlin Baldwin
By Caitlin Baldwin
June 7, 2019
No decision has been made, but the school board would need to seek up to $70 million for a new building.
SHOW TRANSCRIPT

It's been 20 years since the deadly school shooting at Columbine High School in Colorado, and now school officials are considering tearing the building down.

Jeffco Public Schools Superintendent Jason Glass says the shooting has become "a macabre source of inspiration and motivation." There's even a name for those obsessed with the shooting: "Columbiners."

Glass says, "We have hundreds of people who try to enter the building, or walk onto the grounds, or slow roll by it. We even have tour buses of people that stop outside Columbine High School."

School officials say back in 1999, there was no guidance about what to do with buildings where school shootings took place. Now, safety experts recommend demolishing them.

"People felt free to come in and snap photos in front of our school sign. They tried to get into the building to just walk around and see what went on," Columbine High School teacher Paula Reed said. "It was invasive and that was hard, and outsiders were invasive."

And Glass told Newsy affiliate KMGH that the morbid fascination is a "constant threat" to students.

In April, hundreds of Denver-area schools closed amid a manhunt for an armed Florida woman who had traveled to the region and made threats against local schools. Investigators said she had an "infatuation" with the Columbine shooting.

The school district also cited concerns over how influential Columbine is to potential copycats. A Mother Jones study in 2014 found dozens of plots and attacks were influenced by Columbine. One recent example: the Santa Fe High School shooting in Texas that left 10 people dead last year. Officials say the suspect used Columbine as a template.

The school board says no decision has been made about tearing down the school, but it's exploring the option. Glass says the board would need to seek $60-$70 million for a new building. The board is considering building the new school near the current one and preserving the Columbine High School name, mascot and colors, as well as the HOPE Columbine Memorial Library.