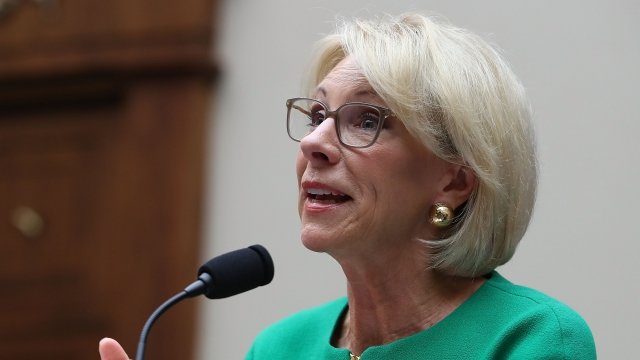 That's according to a March report made public Friday that shows officials in the department were concerned about the Accrediting Council for Independent Colleges and Schools. The report says ACICS failed to meet 57 of the 93 criteria required of accreditors by federal law.

An Education Department spokesperson says that ruling required DeVos to reinstate the accreditor. But as DeVos notes in a memo from April, the court only ordered she further review the decision.

The president of ACICS told Politico the March report contained inaccuracies. The Education Department's Office of Postsecondary Education called it "incomplete" and said it may include fact errors.