Scandals In Latin America Are Good For Fighting Corruption 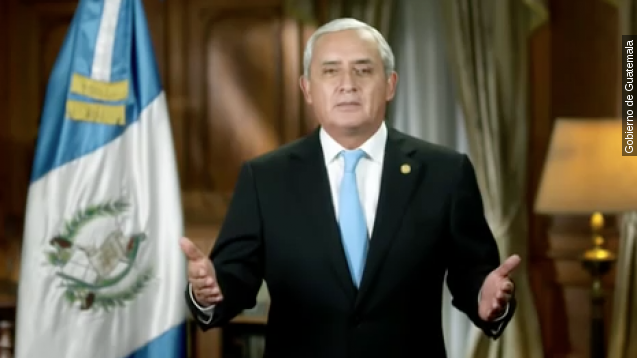 Corruption scandals can shake countries' economic and political institutions, but they're a step away from impunity.

Imagine for a moment that the U.S. is so rife with corruption that after months of protests and unrest, we elect a comedian as president. (Video via Univision)

Maybe that's not so far-fetched in a country where young people have counted "The Daily Show" and "The Colbert Report" among their most trusted news sources for years.

But in Guatemala, it's reality. Guatemalans were so fed up with corruption in their country, they elected a comedian to the highest office. Jimmy Morales ran with the slogan, "Not corrupt, nor a thief."

Corruption has been at the center of Guatemalan politics in this election. An import-tax fraud scandal led the president and many of the country's top leaders to resign over the past few months.

"With this vote for president, I received a mandate, and the mandate from the people of Guatemala is to fight against corruption," Morales said.

But in some ways, corruption scandals could be a good thing for Latin America. In a region where leaders often get away with crimes like money laundering or bribery, a scandal means people are at least aware something bad is happening.

That was especially true of the scandal in Brazil this year involving energy corporation Petrobras. The elaborate bribery scheme left the country in shock; even Brazil's president had her name pulled into the accusations.

One of the lawyers who uncovered the scandal told The New York Times: "In Brazil, we know that corruption is a monster. But we never really see the monster. This was like seeing the monster."

No one would say corruption itself is a good thing. In Brazil, the scandal was another factor in an already struggling economy, and high corruption is also associated with high rates of organized crime and violence.

But if there's one positive, it's that scandals like these are finally being brought to light.

The Wall Street Journal wrote, "Amid the public outrage and soul-searching about squandered potential, it is easy to overlook another side to the scandal: Brazil's law-enforcement and judicial organs have begun to emerge as independent institutions."

"They say what you're actually seeing right now is institutions that are strong and independent and able to identify these schemes for the first time,” Brian Winters, chief Brazil correspondent for Reuters, told WBEZ in Chicago.

In Guatemala, the last president is now in custody while he waits to face the charges in the fraud scandal. And many are hoping Morales will make good on his promises to end corruption.

So although political and economic corruption is still a big problem in many Latin American countries, at least it's being exposed. Because you can't fix a problem you don't see.

This video includes images from Getty Images and "Ergo" by Birocratic / CC BY ND 3.0.