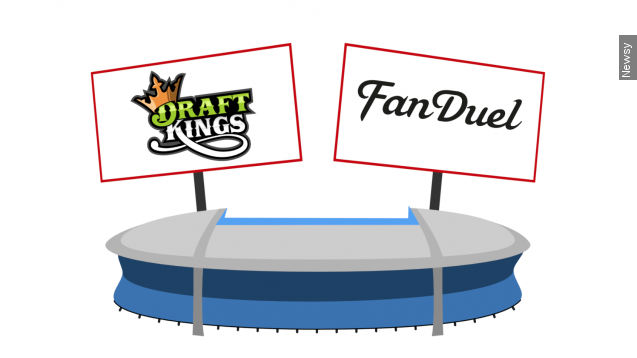 For daily fantasy sports, 2015 has been the best of times ... and the worst of times.

On Sunday of week five of the NFL season, more than $45 million was spent on entry fees on DraftKings and FanDuel — the largest day of participation this NFL season. Between FanDuel (3.4 million) and DraftKings (4.1 million), there were more than 7.5 million entries on Sunday alone.

Along with the money these companies are bringing in, they are paying out quite a bit. FanDuel and DraftKings combined paid out more than $40 million in prize money Sunday of week five. And FanDuel says it will pay out more than $2 billion before the season ends.

But despite all that money coming in and going out, reports suggest the chances of winning any big money are slim to none.

According to The Wall Street Journal, "In the first half of the 2015 Major League Baseball season, just 1.3% of daily fantasy-sports players won 91% of the profits."

While that's a less-than-optimistic stat for users, it hasn't stopped DraftKings and FanDuel from essentially establishing a duopoly on daily fantasy sports. Some reports place the two companies' market share at around 95 percent.

Some of that growth can be attributed to the massive ad budget both companies have put into their businesses. Between Jan. 1 and Oct. 5, DraftKings and FanDuel spent $205 million on national ads. Quite a few of those ads aired on the worldwide sports leader's network. Between the two companies, more than 13,000 ads have aired on ESPN in nine months.

Both FanDuel and DraftKings recently finished rounds of funding bringing FanDuel's total capital raised to $363 million and DraftKings to $426 million. That means together, both companies are worth more than a billion dollars.

The question now is if daily fantasy sports, as a whole, can maintain its business model. Five states outlawed daily fantasy sports from the beginning (Arizona, Iowa, Louisiana, Montana and Washington). In the past few months, two more states (Michigan), including the gambling capital (Nevada), have outlawed the websites.