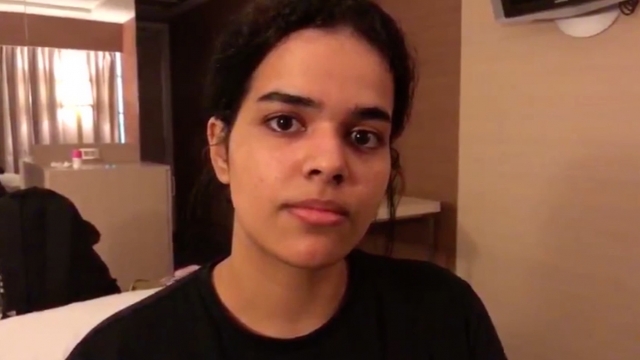 The U.N. has granted an 18-year-old Saudi woman — who is facing deportation while trying to escape her family — refugee status.

United Nations gave Rahaf Mohammed Alqunun refugee status on Wednesday. Her case has been referred to the U.N. High Commissioner for Refugees for asylum consideration in Australia.

Here's a bit of background: Alqunun claims her family has tried to forcefully marry her off and has been abusive to her, even more so after she renounced Islam. So when she was was on vacation with her family in Kuwait, she ran away. Alqunun boarded a plane to Thailand, planning to then go to Australia and claim asylum.

But she was stopped by Thai officials when she reached Bangkok, and her passport was confiscated. Facing deportation to Saudi Arabia, Alqunun barricaded herself in a Thai airport hotel room and pleaded for help on social media. She claimed if she was sent back to Saudi Arabia, she could face abuse by her family or be sent to jail.