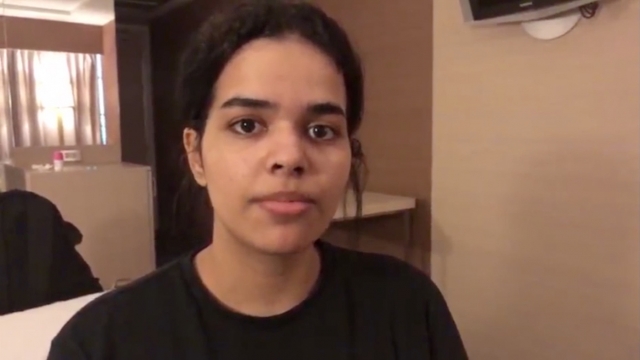 The 18-year-old Saudi woman fleeing alleged abuse from her family has been granted asylum in Canada.

Alqunun claims her family has tried to forcefully marry her off and has been abusive to her, even more so after she renounced Islam. So when she was was on vacation with her family in Kuwait, she ran away. Alqunun boarded a plane to Thailand, planning to then go to Australia and claim asylum.

But she was stopped by Thai officials when she reached Bangkok, and her passport was confiscated. Facing deportation to Saudi Arabia, Alqunun barricaded herself in a Bangkok airport hotel room and pleaded for help on social media. She claimed if she was sent back to Saudi Arabia, she could face abuse by her family or be sent to jail.