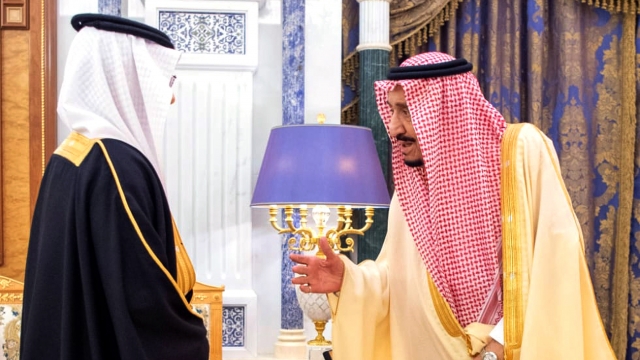 By Gage Jackson
March 9, 2020
Two princes and many people close to the royal family have been detained for allegedly planning to overthrow the king.
SHOW TRANSCRIPT

Multiple outlets report two members of the Saudi royal family have been arrested for allegedly planning a coup.

People close to the royal family said King Salman's younger brother and his nephew were detained for not supporting the crown.

The Wall Street Journal was the first to report the arrests. It says dozens of Interior Ministry officials, army officers and others were also arrested for allegedly supporting the plot.

The arrests are likely a precautionary move to prevent any issues when the crown passes from King Salman to his son, Mohammed bin Salman.

If the princes are found guilty of treason, they could face life in prison or execution.

Additional reporting by Aya Batrawy of the Associated Press.