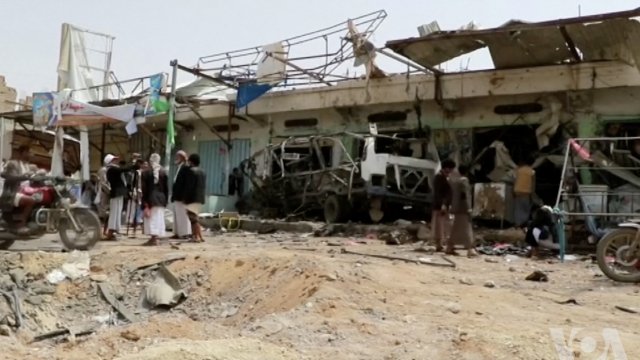 A Saudi-led coalition has acknowledged it made mistakes in last month’s airstrikes on a school bus in northern Yemen.

Fifty-one people died in the attack, most of them children.

The coalition expressed "regret over the mistakes" in a statement on Saturday. It pledged to hold those responsible for the attack accountable.

A coalition spokesman originally said the strike hit a "legitimate target," and the group maintains the strike targeted a Houthi leader.

The Saudi-led coalition has been fighting Houthi rebels in Yemen since 2015. Thousands of people have died in the conflict.

A U.N. report released last week said all sides in the Yemen conflict have committed possible war crimes. The allegations include rape, torture, indiscriminate killing of civilians and recruitment of child soldiers.

The U.N. says the situation in Yemen is the world's worst humanitarian crisis.