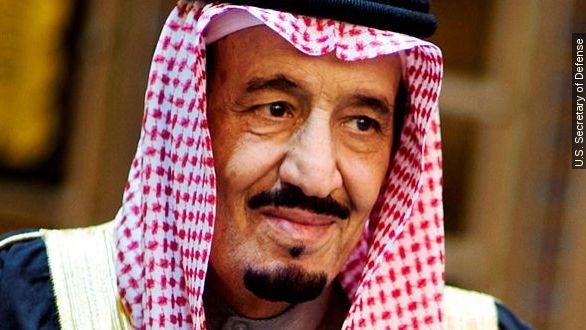 When leaders of Gulf nations gather at a Camp David summit hosted by President Obama later this week, two kings won't be there. (Video via Voice of America)

Absences which Fox News is headlining as a royal snub.

But it's not that Saudi Arabia and Bahrain won't be represented — both are sending stand-ins. Still — both represent important U.S. allies in the region.

"We are looking for some form of security guarantee, given the behavior of Iran in the region, given the rise of the extremist threat," said UAE Ambassador to the U.S. Yousef al Otaiba.

Though Iran denies it, Gulf states have accused the Shia-run government of backing the Houthi rebels who — according to the UN — have pushed Yemen to the brink of civil war. (Video via CCTV)

And at Camp David, member states including Kuwait, Qatar, Oman and the UAE will likely be looking for answers — particularly to the question of a possible nuclear deal between the U.S. and Iran.

And while American talking heads like MSNBC's Andrea Mitchell are calling the Saudi king's absence "a slap at Obama" — it's worth noting King Salman hasn't traveled abroad since he took over the throne in January.

France, by the way, did score a recent meeting with the king to talk regional security — but French President Francois Hollande did it in Riyadh. (Video via Ukraine Today)