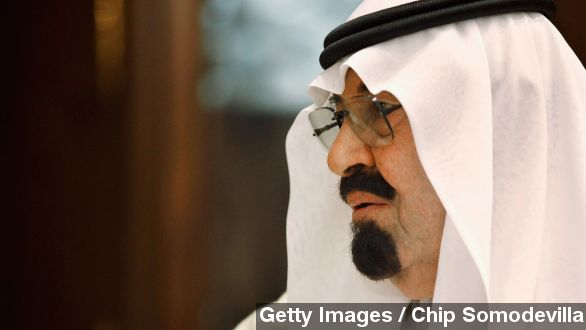 A "wily king." A "revered leader." A "failed peacemaker." "The embodiment of Saudi Arabia’s wickedness." (Video via The White House)

Saudi Arabia's late King Abdullah received a wide range of labels in obituaries across the world upon his death.

"He was really quite an extraordinary figure," said Fareed Zakaria on CNN. "He was probably the most progressive, liberal-minded king since King Faisal, which is a long time ago. He was also much loved."

It's a testament to just how divisive the Saudi king was both in life and in death. While some praised Abdullah for the reforms he pushed through, others gave scathing reviews of the state of Saudi Arabia's dismal human rights record under his rule.

Leaders around the world remembered Abdullah as a friend and advocate for peace.

And U.S. President Barack Obama said he always valued King Abdullah's perspective and that he was "dedicated to the education of his people."

But in stark contrast to the praise laid out by world leaders, many journalists and activists remembered the monarch with harsh critiques.

Abdullah's many critics cite the archaic, brutal punishments the kingdom still employs. Flogging, beheadings, crucifixion — punishments which draw disgust when linked with ISIS — are still used in Saudi Arabia as well, though perhaps not as liberally. (Video via Al Arabiya)

The Guardian concluded its own lengthy obituary by saying Abdullah will be remembered as one of the few autocrats to survive the Arab Spring movements through his wealth and suppression of democracy. (Video via RT)

The dissonant remembrances of King Abdullah provide a rare glimpse into the seemingly preferential treatment Western allies receive in the eyes of world leaders.

Yet even after the U.S. had to condemn Saudi Arabia when it issued 1,000 lashes for a blogger in January, there was no mention of human rights violations in the statement for King Abdullah. (Video via Majlis As Shura)

With the crown now passing to Abdullah's half-brother, Salman, who is 79 and reportedly suffers from dementia, the former king's legacy will largely depend on whether his successor shares the same progressive vision.