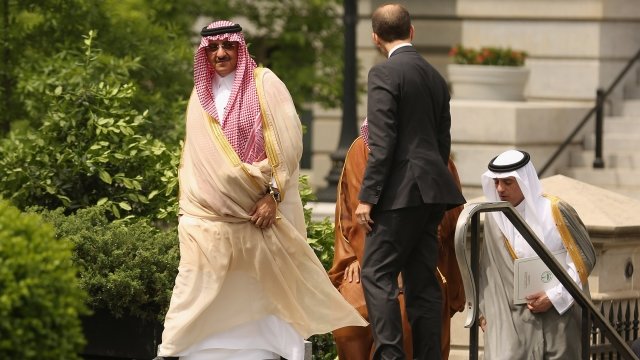 The Washington Post columnist was last seen entering the Saudi consulate in Istanbul on Oct. 2. The Turkish government claims it has proof that Khashoggi was killed inside the building, but Saudi Arabia denies the allegations and says he left the consulate the same day he went in.

International pressure has been mounting for information on Khashoggi's disappearance.

President Donald Trump tweeted Monday that he was sending Secretary of State Mike Pompeo to Saudi Arabia's capital to meet with the king to discuss the situation.

As part of its own investigation, Turkish authorities were given permission to search the Saudi Consulate Monday afternoon.