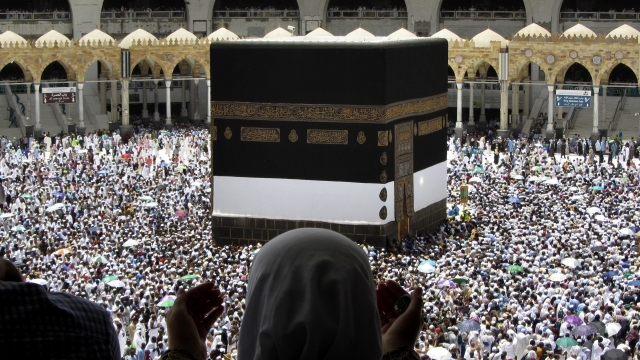 Saudi Arabia will host a "limited" hajj pilgrimage this year due to the ongoing coronavirus pandemic. The announcement came a week after Saudi authorities contemplated canceling the pilgrimage.

In a statement, the country's Ministry of Hajj and Umrah said, "Hajj for this year will be held whereby a very limited number of pilgrims from various nationalities who already reside in Saudi Arabia, would be able to perform it."

The hajj is a journey to the holy site of Mecca in Saudi Arabia. Every Muslim is supposed to make the pilgrimage  — if they're able — at least once. And around 2 million people do every year, bringing in about $12 billion for Saudi Arabia.

Earlier this year, the Saudi government suspended religious visas for pilgrims wanting to take part in Umrah, another Islamic pilgrimage. Months ago, the government also temporarily banned Saudi residents from making the pilgrimage to Mecca.

It's not clear how many people will be allowed to participate in this year's hajj, which takes place from July 28 to Aug. 2.