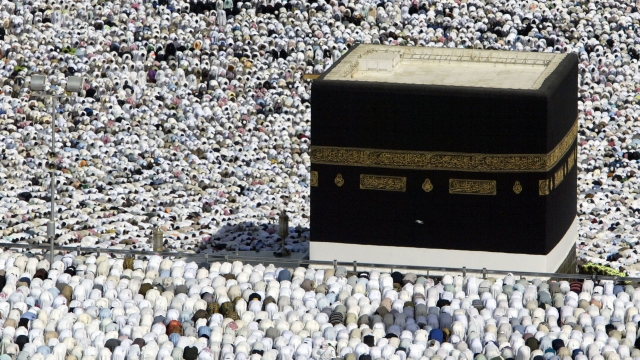 Saudi Arabia has suspended special religious visas for people traveling to the country from the Democratic Republic of the Congo.

The suspension of hajj visas means Muslims from the DRC won't be able to participate in pilgrimages to holy sites this year. The hajj is a journey every Muslim is supposed to take — if they're able — at least once in their life. It re-enacts the Prophet Muhammad's "farewell pilgrimage."

The decision comes after the WHO declared an Ebola outbreak in the Congo a public health emergency of international concern last week. The disease has killed more than 1,700 people in the country since it first emerged nearly a year ago.

About 3% of the DRC's population is Muslim.

During the 2014 to 2016 Ebola outbreak — the deadliest ever — Saudi Arabia partially shut down its border too and suspended hajj visas for those traveling from three other African countries.