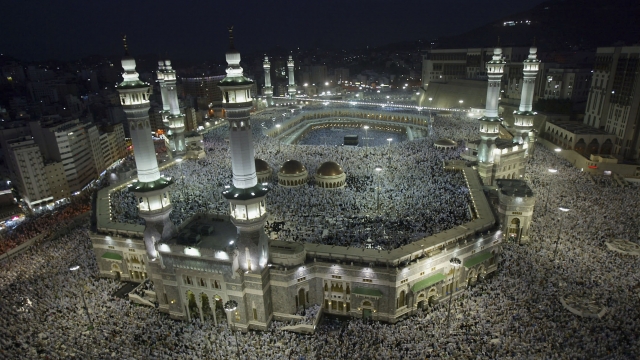 There have so far been no confirmed cases of the coronavirus in Saudi Arabia. And the country's government wants to keep it that way.

The Saudi Foreign Ministry announced several preventive measures Thursday, including that it's suspending religious visas for Muslims wanting to participate in pilgrimages to the holy cities of Mecca and Medina.

There are several types of pilgrimages: The first is the umrah, which can happen at any time of the year. Then there's the hajj, which is a journey every Muslim is supposed to take — if they're able — at least once in their life. It re-enacts the Prophet Muhammad's "farewell pilgrimage."

Millions attend the hajj each year, making it easy for infections to spread. The Associated Press said outbreaks of malaria and cholera have killed tens of thousands of pilgrims over the years.

Saudi Arabia stopped issuing religious visas to people from the Democratic Republic of Congo last year after an Ebola outbreak in the country was declared a public health emergency.

This year's hajj is set to start in late July. The majority of coronavirus cases in the Middle East have been diagnosed in Iran. At least 26 people have died from the virus in the country.

Additional reporting by Jon Gambrell of the Associated Press. Contains footage from CNN.